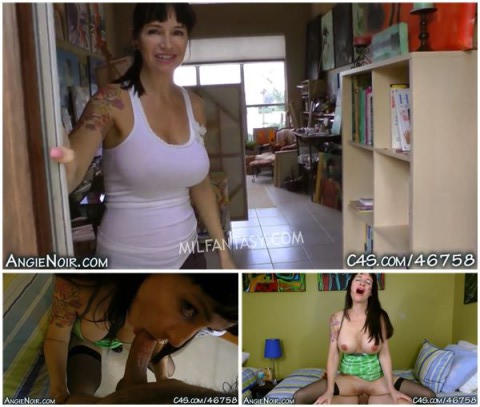 The doorbell rings and Jay is just on the other side…Angie is excited and her thin white cotton shirt is not hiding her large erect nipples! She opens the door and invites him in. Jay reminds her of Peter and she hopes he too will notice her big titty exhibition and like it. After welcoming her guest, Angie blurts out …that Jay is her son… for a short while and that she is very excited to have him! After a tour of the house, they end up in Peter’s (now Jay’s) room. Jay’s new “Mom” tells him to relax, shower and join her for dinner so they can get to know each other. While eating dessert, Mom discovered that Jay’s girlfriend looks just like she does! Angie started the seduction of Jay with a little under-the-table-leg-caressing with her foot. 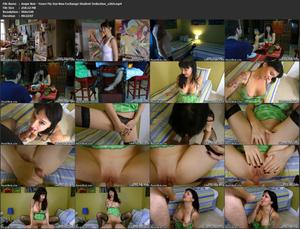