Mom was in the Chapel changing room looking at her beautiful wedding dress. The rehearsal had just finished and she just wanted to try it on was last time before the big day tomorrow. As she looked in the mirror she saw someone behind her. She turned around to find her Son standing there. She is shocked and throws her arms around him. She was so happy to see him and asked how he was able to be there? He is stationed in Afghanistan and she didn’t think he would be able come home. He said when he found out she was getting married he just left. He asked her why she didn’t tell him sooner? And who was the guy she had decided to marry? She said she hadn’t heard from him in a long time and she was lonely and needed someone.

Just then Paul who is Alex’s best friend comes in. They two buddies smile and hug. Paul is very excited to see him and tells him that having him there on the big day means so much to them both. Then Paul smiles and says that he should now start calling him Son. Alex looks confused. He asks his Mom if this is guys that she is Marrying? Then grabs Paul and is about to punch him. He starts yelling at him “How could you Marry my Mom? She used to give you cookies when you were younger!” Before he can hit him Mom stops him and tells Paul to go wait outside with the wedding party. Alex doesn’t know what to say. His Mom tells him that since he joined up and was gone that Paul was around to help with things. Always checking up on her and making sure she was taken care of. But she said she needed more and since Alex wasn’t there to satisfy her and since she has known Paul forever it seemed only natural. But that was far from Alex wanted to hear and he was going to make sure that Paul would never touch his Mother again. He told her that she was his and only his and no one would take her away from him. He kisses her and then shoves his big cock in her mouth. She tells him that she was saving her ass for Paul for the wedding night! Alex then shoves his cock her ass and fucks his Mother till her ass cums all over his cock. Mommy then begs for him to cum inside of her pussy and make a baby with her! 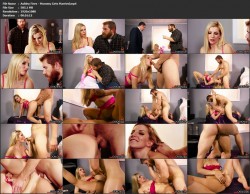