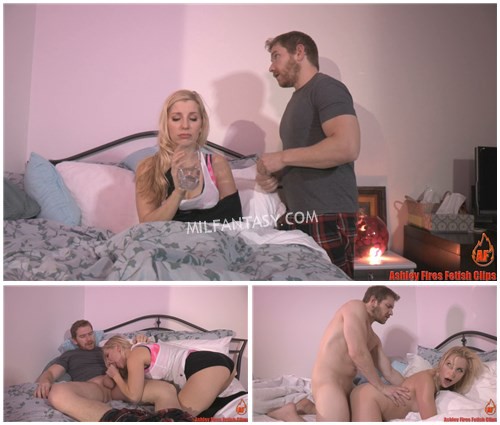 Mommy had hurt her arm and was not able to do much. Alex quickly became man of the house. He didn’t mind, he knew she was in pain and needed his help. Mom struggles to take down her pants in order to pee. She realizes there is no toilet paper. She yells for her Son to bring her some. Alex sticks his arm in with the TP looking away from his Mother on the toilet. She asks him to wait with it while she finishes. She then tells him to come in and rip off a piece for her. She only has one good arm and that arm barely works. He does in a very uncomfortable fashion. She looks at him with those big blue Mom eyes and asks him if could wipe for her. Alex says no way and starts to walk out. She pleads with him and says that she used to wipe him when he was younger. He reluctantly does. But something happens. Mom starts to move up and down on the tissue. She starts to moan. Alex doesn’t know what to do he watches her and she keeps rubbing against his hand. He finally freaks out and leaves the bathroom.

Later that night Alex knows he has to give his Mom her medication. He been avoiding her all day but he doesn’t want her to be in pain. So he softly knocks on her door and opens it to find his Mom sleeping. He gently wakes her. She takes her pills and her special Mommy drink. She pats the bed and tells him to sit down next to her. She needed to explain what happened earlier. But Alex didn’t want to talk about it and tried to leave. But Mom was persistent and she finally get’s him to lay next to her. They talk. She says her shoulder really hurts and if he could rub it. As he massages her neck she starts to moan again. Her head was spinning and she turns to her handsome son and kisses him. He has been making her feel so good lately that she wanted to return the favor. She tells him how lonely she is and how much she needs to be touched in a way only her son could! Alex looks at his beauitful Mommy and closes his eyes. She slowly takes out his cock and begins to suck it. She sucks her Son’s big cock and makes him tell her that he likes Mommy’s mouth on his cock and not those dumb young sluts! She couldn’t take anymore and said she had to get his cock inside of her now! The passion between them will be something they both never forget! 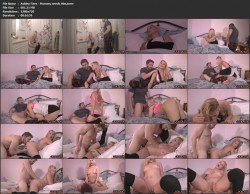