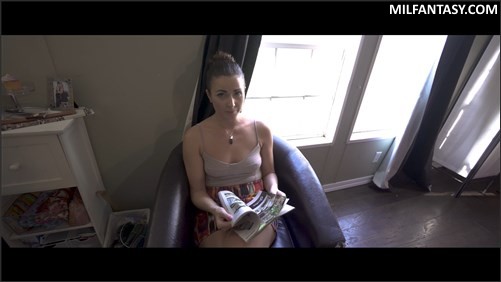 Helena Price – Mom Blackmailed By Her Son
I got to go home early from school the other day and when i walked up to the house i noticed a car in the driveway that wasn’t my mom or dads. when i walked inside i heard someone moaning and it was coming from my parent bedroom. i crept closer to the door and what i saw shocked me, my mom was bouncing up and down on my best friend’s dad’s dick! i didn’t know what to think but for some reason the only i could think to do was film it, while filming my cheating mother something else happened, i got a raging hard on. the next day the only thing i could think about was my hot sex mom and how awesome it would be to fuck her. so when i got home from school i found mom in the kitchen and confronted her, she of course denied it and got angry at me for evening thinking she would do something like that. then i showed her the video and her face turned white with panic! she tried to grab my phone and told me to delete the video, i said no and i told her i already had it back up somewhere else. she asked me what i wanted to delete the video, she offered me money, a car and anything else i wanted. i told her i wanted her to do to me what she did to the guy in the video, i wanted to fuck her. she got angry and said NO! i told her id let her think about it. i found mom in the living room later on and asked her what she decided. she offered a Handjob and i figured that was a good starting point so she went and got some lube and took my pants off and sat down on the couch. she came back and was a little stunned to see me with dick in my hand on the couch. she was a total bitch the whole time but my mom jerked me off and it felt like a dream! she thought we were all good but i told her id want some more tomorrow!