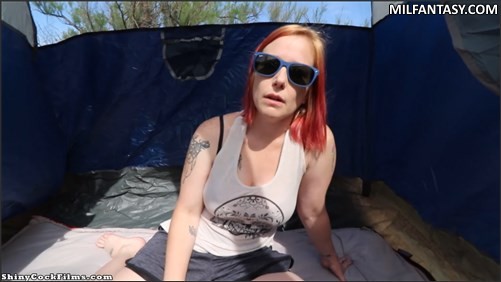 It’s the year 2069. Jane and her son have been alone in the apocalypse his whole life. She is so tired of it being just the two of them. They have been through so much together. When will things start to get easier? She misses the ways of the old world. She misses being touched by a man. She has an idea. She wants her son to get her pregnant so they can repopulate the earth. They are resting in their tent when she wakes him up one morning and tells him her idea. He is not cooperative at first, but the more she urges him, he can’t help but get hard. Mom starts to stroke his cock. Then she removes his shorts and takes his big dick in her mouth. He is definitely ready to cooperate now and wants to feel his mothers pussy. Mom gets on top of her son and fucks him cowgirl, doggystyle, and missionary until he shoots his seed deep into her womb. Mom tells her son that they will be fucking all of the time now and he is going to keep her pregnant.