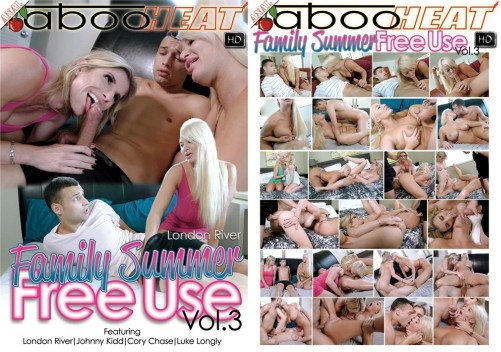 Scene One: Kissing Lessons
It’s been several weeks since Aunt Clover returned home and Johnny has been depressed. Aunt Clover told some of Johnny’s friends about his poor kissing skills. This really bummed Johnny out… In walks his Aunt London…She asks what is wrong and Johnny reluctantly tells his Aunt. She asks him to show her his kissing technique…He does and he needs lots of help…Good thing Johnny has his Aunt to show him how to kiss…They kiss and Johnny quickly improves but London notices the sudden growth in her nephews shorts…Not wanting to ever waste a good hard cock, London decides to suck off her Nephew for a good laugh and after several minutes of taking his cock deep into her mouth…London takes a full mouth load of his cum and swallows every drop! We sure hope he learned his lesson of the Day!