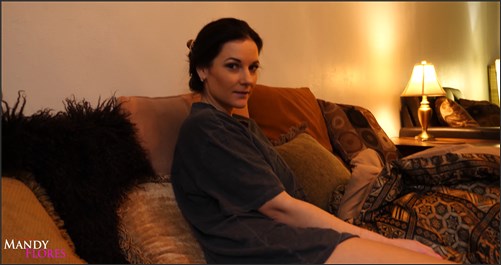 First scene the son will enter the living room and sits next to you on the couch. Hes been on a date with his girlfriend and afterwards took her back to your home. You ask him how everything went and he tells you it went well and he even made out with her in his room but she was very tired and wanted to sleep. You ask if shes a good kisser, he then responds with “Yeah but not as good as you.” You get angry with him and he apologizes but says he cant stop thinking about what happened a few weeks ago. Still angry you say you’re going to bed, you get up but he convinces you to stay and watch a movie together. Flash forward and the movie ended and he tells you goodnight and gives you a kiss on the cheek, you do the same to him but he leans into your face and kisses you on the lips. You push him away but he then moves in again and starts kissing your neck, you let out a little moan but eventually angrily push him away again and tell him to stop. You then ask him with he wants and he says “you”, you tell him to stop it and that his girlfriend is in the next room, he says its ok shes probably . You stare at him breathing heavily, he then puts his hand on your breast and start squeezing it, you put your hand on his arm but you’re not fighting him anymore and he leans in again and you both start making out intensely. You then start undoing his belt and pull his pants and boxers down. You wait a moment before you start stroking him for about 10 seconds before nervously asking “do you want this” he says yes and you get on top of him, he puts his hands under your shirt to grab your breasts but you then take it off entirely, you then slowly slide his cock into you and ride him gently but quickly pick up the pace and ride him hard. He then cums in a little more then a minute. During the sex you both let out quiet moans but when he cums he lets out a big moan and you put your hand over his mouth and shush him.
The second scene you both wake up in the same bed naked (but under the covers). When you come to your senses you panic when you realize what happened and ask your son to check on his girlfriend, flash forward and he gets back in bed and says shes still totally . You then get really guilty and tell him that you have been feeling really lonely and that you feel like you’ve used him. He tell you not to worry and that he wanted all of this to happen. You tell him to stop saying this because you’re his mother and that this can never happen again. You then say you need to take a shower, you put on your t-shirt with your back towards him and quickly get out of bed and leave the room. When the shower starts running the son will go to the bathroom aswell and sneak up behind you and start groping you. You get angry and try to resist and tell him to stop but when you start feeling his erection against your butt you still tell him to stop but youre not resisting anymore. He says “please just one more time” then when he slides it between your legs and into you from behind you just start moaning and tell him “quickly” he then starts fucking you from behind fast and after about a minute tells you hes cumming, you then turn around and give him a quick 30 second bj before he cums in your mouth. Afterwards you both hug and say you love each other.